Binalong Bay is a small coastal town in north-east Tasmania, situated at the southern end of the Bay of Fires. Originally a fishing hamlet, the town is now a village with a large proportion of holiday dwellings. It has a beach, small harbour (known as the gulch) and a cafe. Binalong Bay Post Office opened on 30 March 1966 and closed in 1973. 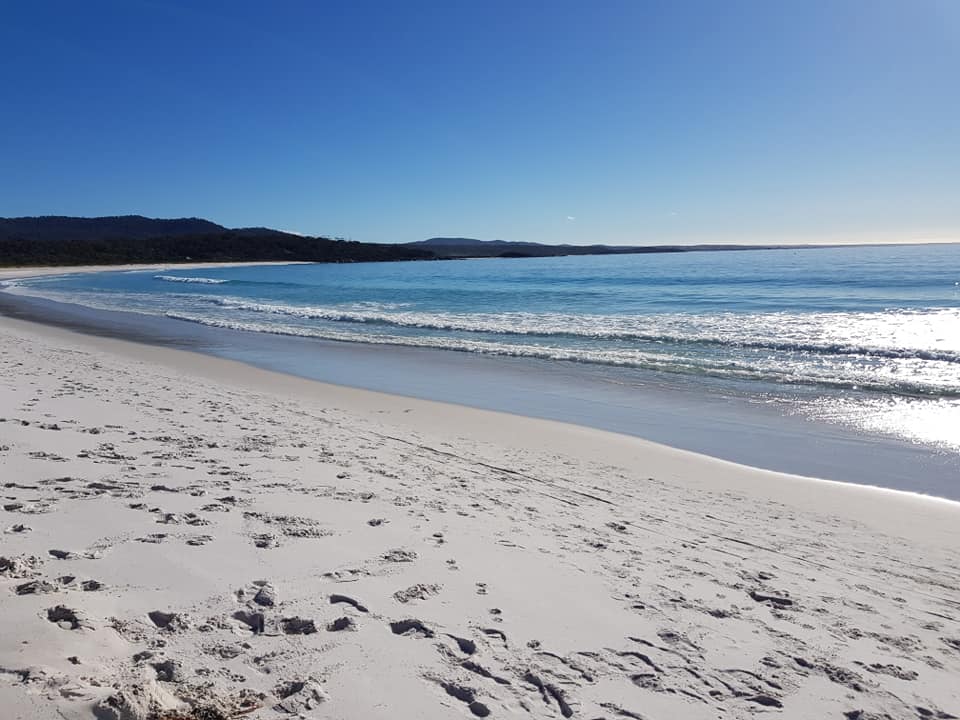 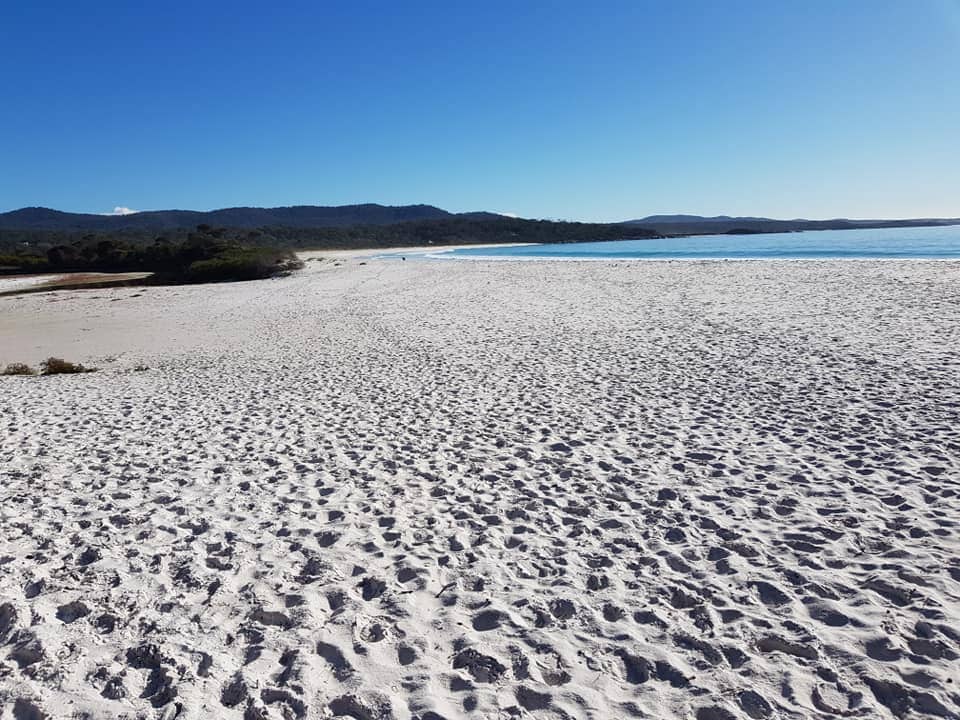 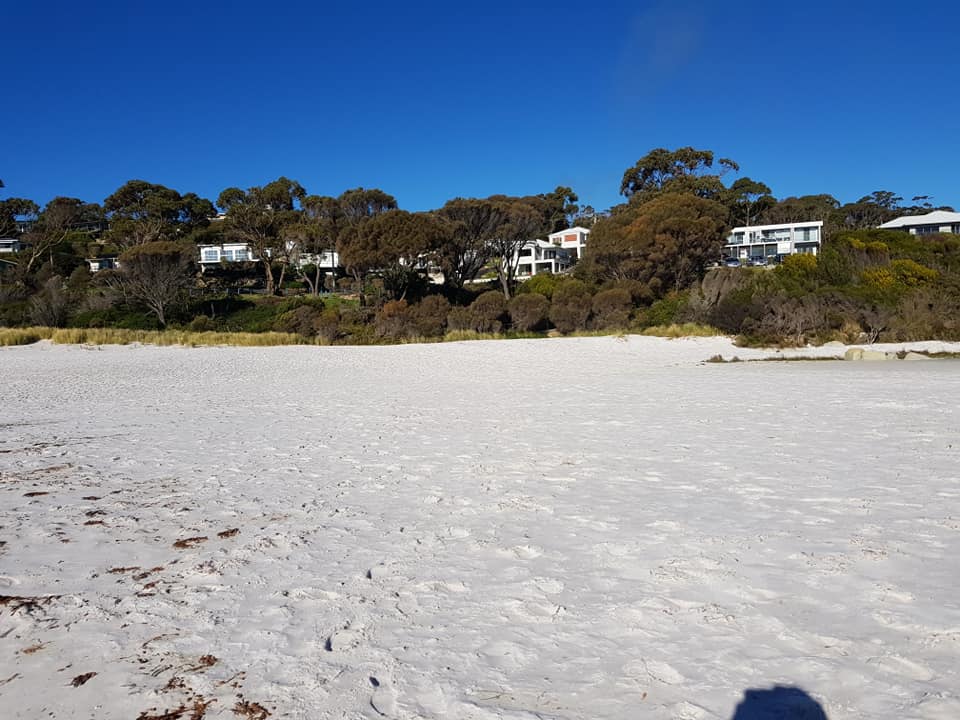